Classroom Champions announces two new members of the Board of Directors 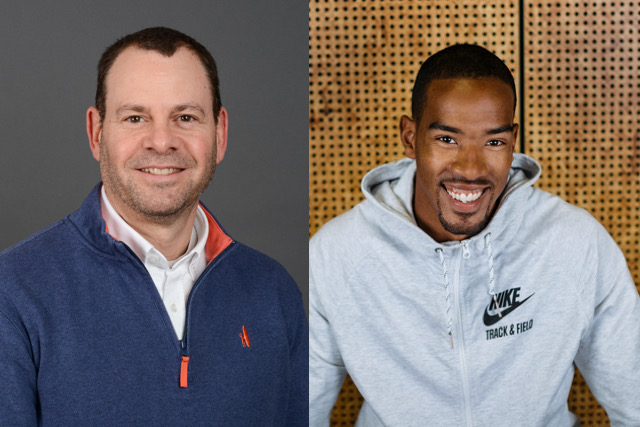 Christian Taylor is a current Classroom Champions mentor, a two time Olympian (2012, 2016) and two time Olympic gold medalist, as well as a four-time World Champion in the sport of track and field. He is currently training to compete at the 2020 Olympic Games in Tokyo, Japan.

Taylor is considered the best American male track and field athlete of the past decade and one of the top three in the world. Taylor has won seven Diamond League series, making him a co-leader with Renaud Lavillenie, and holds the Diamond League record with a jump of 18.11m, set in Eugene, Oregon (2017). At the moment, Taylor is the second furthest jumper in history with a leap of 18.21m (2015) and the first person to win an Olympic Games off both jumping legs. The switch of jump legs was made due to constant pain from patella tendonitis. Taylor is also the founder of the Athletics Association which aims to reflect the true voice of the athletic body and provide feedback and helpful input to support creating innovative change to the sport.

Taylor recently graduated from the University of Florida with a BA in Sports Management after turning professional in 2011 and putting his studies aside for 7 years to train for the World and Olympic Games. Now that he has found the balance of professional athletics and studies, he plans to begin his Masters program after the Tokyo Olympic Games. Taylor divides his time between Jacksonville, Florida and Vienna, Austria. His fiancé is an Austrian 100m hurdler who is also training to compete alongside Taylor in their 3rd Olympic Games together.

“Classroom Champions has been one of the proudest partners in my career and life,” said Christian Taylor. “I have had the opportunity to share my training, life, lessons, and random moments with kids all over the US. This program has become a family and an additional motivation to my greatest moments. Through my connections with Classroom Champions classes and teachers, I constantly remember that I am competing for something bigger than myself. Striving to be the best role model I can be for my students, gives me that extra push when I have to dig deep.”

Mitch Poll arrives at Classroom Champions as the current Vice President, National Marketing Solutions for Learfield IMG College, the nation’s leading multimedia rights holder for college athletics. In his current role, Poll serves as the lead for a centralized strategy team in developing custom platforms and campaigns for national partners. He works directly with leading brands and as a centralized hub within the organization to create new, strategic programming and marketing platforms for individual partners across social, digital, original content, event activation & broadcast media.

Previously during his 10-year stint with the USOC as Senior Vice President and Managing Director, Partnership Marketing, Poll oversaw management of 35 global and domestic Olympic partnerships, building campaigns and strategies in support of Team USA. Prior to that, he spent a decade with the NFL as Group Managing Director, Customer Sales and Partnership Marketing. He was the league’s primary contact for many Fortune 100 brands in the development and activation of their respective NFL partnerships. Poll’s career also includes 10 years with the NBA’s Seattle SuperSonics. Poll is originally from Los Angeles, CA and is a graduate of UCLA. He lives in Westchester County, NY with his wife and two children.

“As a former athlete and executive in the sports industry, I am honored to join Classroom Champions Board of Directors,” said Mitch Poll. “I am a long time admirer of Steve and the work he has done with Classroom Champions since retiring from active competition, and am looking forward to working with him and the Board to support more athletes, teachers, and kids.”