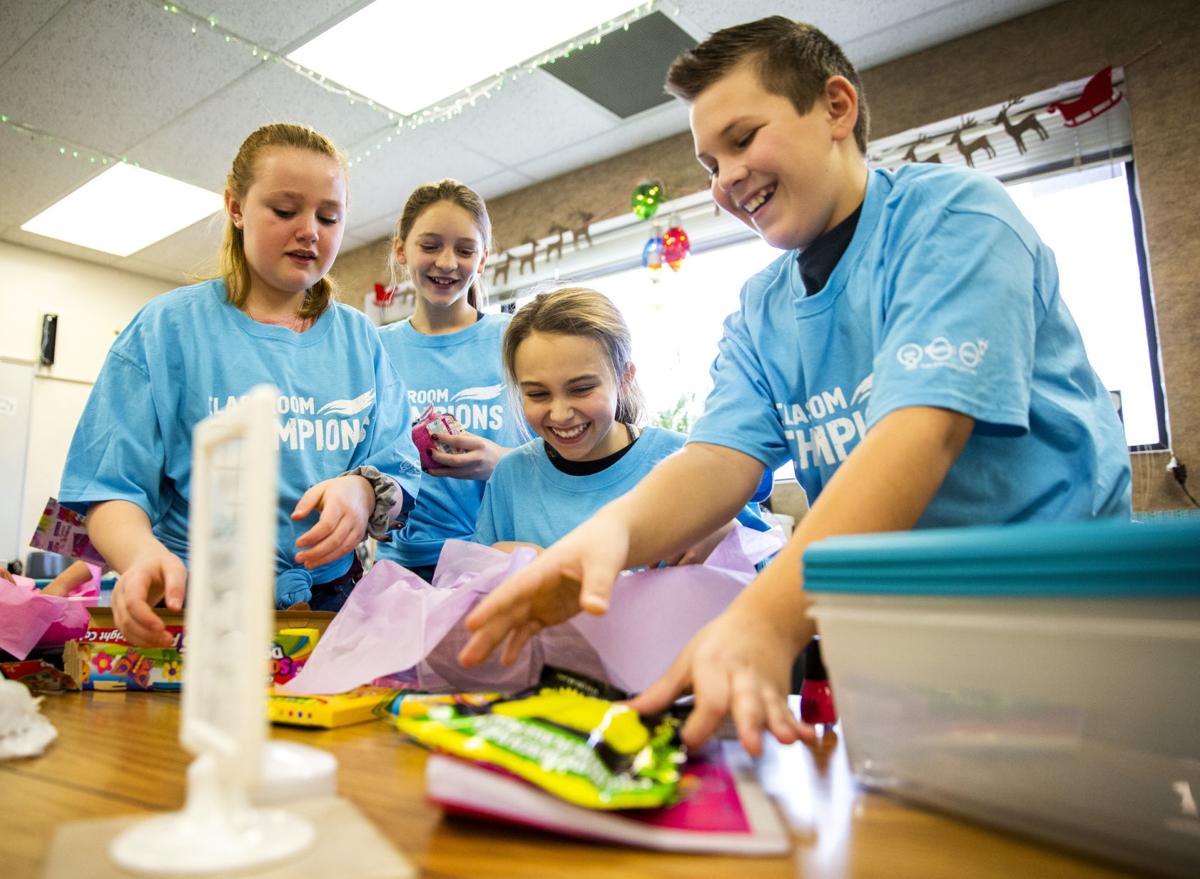 TWIN FALLS — You may remember Meryl Davis as the 2014 Olympic gold medalist in ice dancing — or as winner of “Dancing with the Stars” season 18 — but she’s filling a different role these days.

It’s the third year Robert Stuart has participated in Classroom Champions and it’s the only school in Idaho to do so. Sixth-graders participate through their required “Bear Essentials” class,

which helps them transition into middle school and learn skills such as organization. Each month, Davis asks Robert Stuart students to complete a challenge. Past challenges have covered topics such as goal setting and healthy living. The challenge for November and December is a service project.

“I thought it was a really simple, fun way for the kids to be part of (it),” Dahlquist said.

The project, she said, also allows students to look beyond their own lives to community members who may need help.

The Jared Box Project aims to give children who are admitted to a hospital a plastic storage box full of small gifts and activities to promote play.

On Dec. 18, all nine Bear Essentials classes at Robert Stuart put together boxes. A few students will take a school bus Thursday to St. Luke’s Magic Valley Medical Center to drop off about 30

Each student was asked to bring in a few dollars worth of items to put in their group’s box. Teachers also bought some extra items in case a group needed some.

On Tuesday during one of Dahlquist’s classes, each group of several students put together a Jared Box. They arranged a piece of tissue paper to cover the bottom and sides of the plastic

storage container. Then, they packed toys inside and wrote a note to the future recipient. Each group decided whether the box would be for a boy or girl, and which age range it would be

Students started off the class period watching a video about Jared Boxes and how they’re used to help bring comfort to children who are admitted to a hospital.

One group of students — Bailey Van Hofwegen, Abi D’Ambra, Brenda Jennings and Caleb Steel — were putting together a box designed for a tween girl.

Caleb rounded up new items for the box his family already had at home. “We found stuff we had bought, but weren’t used,” he said.

Their box included items — “stuff they could have fun with in the hospital,” Abi said — such as hand sanitizer, smencils (scented pencils), a notebook and a glow-in-the-dark bouncy ball

students thought could also be used as a nightlight. Bailey said she wants the child who receives their box in the hospital to think: “It’s starting to

make me feel at home.”

Once they’re finished with the Jared Boxes, students will continue to complete monthly challenges from Davis. They have two video chats with her this school year — one in October

and one in April.

They haven’t met the Olympian in person since she lives in California, but discovered in September by following her via Instagram that she came to Sun Valley — only two hours from Twin Falls. They also watch YouTube videos from Davis.

Dahlquist said: “It gives these kids a different role model.”