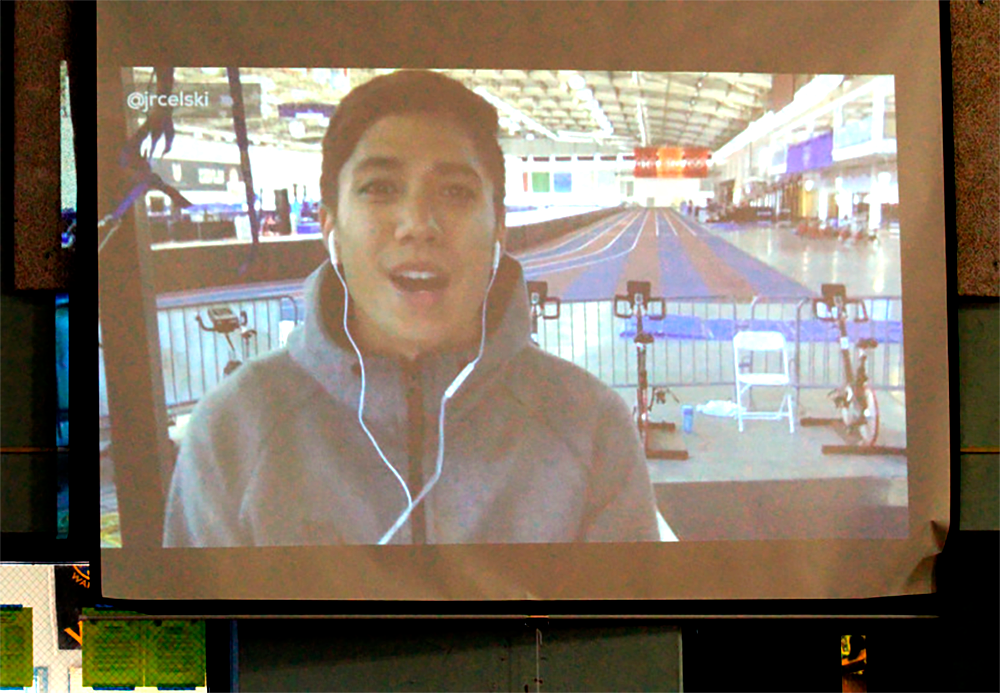 OCTOBER 7, 2017 - CONCORD, CA - Speed skating and alpine skiing haven’t been the primary sports on the minds of students in the Mt. Diablo Unified School District — until now.A new groundbreaking partnership with Classroom Champions, an international education nonprofit that pairs Olympic and Paralympic athlete mentors with classrooms in underserved communities, will have students rooting with “insider” knowledge for members of Team USA in the 2018 Winter Olympics in Pyeongchang, South Korea.Long before athletes like short-track speed skater J.R. Celski barrel across the ice on slender blades or para-Alpine skier Tyler Carter zooms down near-vertical slopes on fiberglass skis and one prosthetic leg, students, teachers and administrators at eight Mt. Diablo district elementary and middle schools will have skin in the Games.“We’re the first district in the country to be a Classroom Champion District,” said Adam Welcome, Mt. Diablo’s director of innovation and technology. “In the past it’s been one teacher and one classroom. We have 24 teachers and their classes on board.”Through one-year mentorships, the organization co-founded in 2009 by Olympic Gold Medal bobsledder Steve Mesler and Dr. Leigh Mesler Parise, now head of education for Head of Classroom Champions, pairs elite athletes with primarily K-8 classrooms in publicly funded schools. American and Canadian athletes interact with students through live and recorded video chats and social media. A structured program provides teacher training for integrating monthly video messages in local classroom curriculum. Lessons on topics that include goal setting, perseverance, courage, fair play, leadership and more, provide inspiration and challenge to students. Using an internal online network, students share photographs and monthly summaries with athletes and other participants, forming a virtual global classroom.Welcome, who will be the liaison between Classroom Champions and Mt. Diablo, said students light up when the athletes are announced at the start of a school year. Seeing an athlete’s medals adds to the excitement.“It grabs their attention. It’s miraculous,” Welcome said. “They build digital relationships and follow athletes who show them they can always strive for more.”

Even before the “reveal” that pairs Celski with Ann Borba’s sixth grade students at Oak Grove Middle School, her students were stoked. “The students were taking the hints given each day and trying to figure out the person by researching during the morning meeting time,” Borba wrote in an email. Cues including world record holder, male, winter sport had students build fact-checking skills, confidence and perseverance through self-directed problem-solving.Borba said collaboration is natural to the teaching profession, but anticipates the teacher Skype-ins throughout the year will provide not only good ideas, but encouragement: “This will give (us) the firsthand experience of using technology effectively to develop a global perspective of how far our education actually reaches.”Borba said the program has direct application to sixth-grade curriculum that includes the study of Greece (Olympic origins); math (Three luge participants and six bobsledders: What’s the ratio?) and health (science and PE applied to physical fitness), among other subjects.Building life skills and global awareness are crucial components. A section titled “Perseverance,” Borba said, will be a plus for students who must learn resiliency and acquire the ability to push through obstacles.“Many of our students have siblings with disabilities, and doing this project allows them to open up and share their struggles at home,” she said. Diversity, another topic, will resonate because it opens new perspectives on possibility.“It lets them know that they don’t have to stand on the sidelines and watch,” Borba said. “They can set goals that take them to their dreams. They will find the value in appreciating people and diversity and become more receptive to the people, communities and the world around them.”

Gena Hanko’s fourth-grade class at Fair Oaks Elementary went on a journey from barely understanding the meaning of “Paralympic” or “disability” to being able to recognize the Paralympian symbol and declare “it’s cool” that Carter skis despite his right leg being amputated below the knee. Interacting with a positive male role model, especially for the boys, Hanko said, said is vital because elementary school teachers are mostly women.“I play basketball with the boys at lunch and that’s good because they’re impressed with what a woman can do,” she said. “But these boys are into fitting in. They might look at (someone) who’s maybe going to jail. If instead they can look at a guy who’s successful but had bad things in his life — and think they could become like Tyler — that’s good.”Hanko says Carter’s athleticism applies to her plans for hands-on lessons in prosthetics, engineering and physics principles. His growth mindset, she suggested, will underscore overall concepts.“I’ll remind them they can make a mistake and have no worries. We can persevere and get close if not hit our goals. I like to teach them they can learn from mistakes and not go to the helpless attitude. They can risk to be wrong: fall forward and not fall backward.”Learn more about Classroom Champions at classroomchampions.org and about Mt. Diablo’s program at www.mdusd.org.